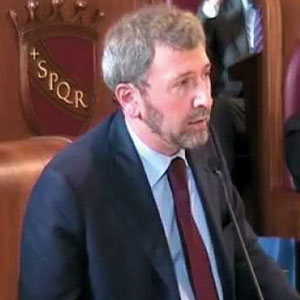 Since 1983 he has conducted many research-stays in comparative criminal law at the Max Planck Institut für ausländisches und internationales Strafrechtin Freiburg, at the Institut für die gesamten strafrechtswissenschaftenin Munich, and in Spain (Salamanca).

1985-1995: Ordinary Judge (criminal law) at the Courts of Bologna and Rovigo.
Since 1995: post-degree teaching in Italy and abroad (PhD, Consiglio Superiore della magistratura, Post-doc, Courses of “postgrado”, university masters, Coordination of the criminal law section of the Scuola di specializzazione per le professioni legaliof the University of Modena and Reggio Emilia, etc.).

Member of the Bologna Council of Lawyers (COA) since December 2001; signed in the special register of the Court of Cassation and the Superior Courts;
2003-2005, national responsible of the MIUR-Research “The Reform of the criminal code”.

2007 Scientific Coordination (Modena Unit) of the PRIN Research “The formulation of the criminal provisions of EU origin. Superindividual and economic Interests”.

2019-2021 Principal Investigator of the Project European Models of Rewarding Measures to Prevent Terrorism, funded by the Justice Programme of the EU Commission.
Many national and international experiences in post degree teaching, both in academic doctoral courses and in professional courses.

1998-2018. Component of the board of the Associazione Franco Bricolain Bologna.
December 2005-2015: scientific Director of the Juridical Library of the University of Modena and Reggio Emilia.

2009-2014: President of the Academy Library System (SBA).
2006-2007: Foundation of the School of Doctorate in Juridical Sciences of the Law Department of the University of Modena.

His publications include over 190 titles, among which 16 books. Many of these publications have been translated in German, Spanish, English and French.

Main interests: on various topics of the general part of criminal law (wrongdoing and culpability, mens reaand mistake of law in crimes and misdemeanours, causality and imputation, strict liability, general theory of crime, constitutional principles, punishment and criminal sanctions, restorative justice etc.), and on many types of crimes (rape, criminal libel, crimes against public and food safety and sanity, fiscal frauds, bankrupt and corporate crimes, terrorism, violations against the Law of Health and Safety at Work, money laundering, etc.). Since 2000 many essays about criminal politics and reform projects. He took part in numerous national and international Conferences. His teaching and research interests include also comparative criminal law, Eu law, history of the criminal law, philosophy of law, Bioethics. He is particularly interested in developing comparative as well as multidisciplinary approaches to the study of the criminal law.

(See the publications listed in the webpage of the Department of Law).